Experts say that men could benefit greatly by being alert to certain cancer symptoms that require a trip to the doctor’s office sooner rather than later. But when it comes to scheduling doctor visits, men are notorious foot-draggers.

Leonard Lichtenfeld, MD, is deputy chief medical officer for the national office of the American Cancer Society. According to Lichtenfeld, men often need to be pushed by women to get screened for cancer. That’s unfortunate. Routine preventive care can find cancer and other diseases in their early stages. When cancer is found early, there are more options for treatment. That means there are also better chances for a cure.

Some cancer symptoms in men are specific. They involve certain body parts and may point directly to the possibility of cancer. Other symptoms are vague. For instance, pain that affects many body parts could have many explanations. It may or may not be a sign of cancer. But you can’t rule cancer out without seeing a doctor.

If you’re like most men, you’ve probably never considered the possibility of having breast cancer. Although it’s not common, it is possible. “Any new mass in the breast area of a man needs to be checked out by a physician,” Lichtenfeld says.

In addition, the American Cancer Society identifies several other worrisome signs involving the breast that men as well as women should take note of. They include:

When you consult your physician about any of these signs, expect him to take a careful history and do a physical exam. Then, depending on the findings, the doctor may order a mammogram, a biopsy, or other tests.

As they age, people often complain of increasing aches and pains. But pain, as vague as it may be, can be an early symptom of some cancers. Most pain complaints, though, are not from cancer.

Any pain that persists, according to the American Cancer Society, should be checked out by your physician. The doctor should take a careful history, get more details, and then decide whether further testing is necessary. If it’s not cancer, you will still benefit from the visit to the office. That’s because the doctor can work with you to find out what’s causing the pain and determine the proper treatment.

Testicular cancer occurs most often in men aged 20 to 39. The American Cancer Society recommends that men get a testicular exam by a doctor as part of a routine cancer-related checkup. Some doctors also suggest a monthly self-exam.

Evan Y. Yu , MD, is assistant professor of medicine at the University of Washington and assistant member of the Fred Hutchinson Cancer Research Center in Seattle. Yu tells WebMD that being aware of troublesome testicular symptoms between examinations is wise. “Any change in the size of the testicles, such as growth or shrinkage,” Yu says, “should be a concern.”

In addition, any swelling, lump, or feeling of heaviness in the scrotum should not be ignored. Some testicular cancers occur very quickly. So early detection is especially crucial. “If you feel a hard lump of coal [in your testicle], get it checked right away,” Yu says.

Your doctor should do a testicular exam and an overall assessment of your health. If cancer is suspected, blood tests may be ordered. You may also undergo an ultrasound examination of your scrotum, and your doctor may decide to do a biopsy. A biopsy may require the removal of the entire testicle.

If you notice a lump or swelling in the lymph nodes under your armpit or in your neck — or anywhere else — it could be a reason for concern, says Hannah Linden, MD. Linden is a medical oncologist and an associate professor of medicine at the University of Washington School of Medicine. She is also a joint associate member of the Fred Hutchinson Cancer Research Center in Seattle. “If you have a lymph node that gets progressively larger, and it’s been longer than a month, see a doctor,” she says.

Your doctor should examine you and determine any associated issues that could explain the lymph node enlargement, such as infection. If there is no infection, a doctor will typically order a biopsy.

If you’ve got an unexplained fever, it may indicate cancer. Fever, though, might also be a sign of pneumonia or some other illness or infection that needs treatment.

Continue reading below…
Most cancers will cause fever at some point. Often, fever occurs after the cancer has spread from its original site and invaded another part of the body. Fever can also be caused by blood cancers such as lymphoma or leukemia, according to the American Cancer Society.

It’s best not to ignore a fever that can’t be explained. Check with your doctor to find out what might be causing the fever and to determine its proper treatment.

Cancer Symptom in Men No. 6:       Weight Loss Without Trying

Unexpected weight loss is a concern, Lichtenfeld says. “Most of us don’t lose weight easily.” He’s talking about more than simply a few pounds from a stepped up exercise program or to eating less because of a busy schedule. If a man loses more than 10% of his body weight in a time period of 3 to 6 months, it’s time to see the doctor, he says.

Your doctor should do a general physical exam, ask you questions about your diet and exercise, and ask about other symptoms. Based on that information, the doctor will decide what other tests are needed.

Cancer Symptom in Men No. 7:       Gnawing Abdominal Pain and Depression

“Any man (or woman) who’s got a pain in the abdomen and is feeling depressed needs a checkup,” says Lichtenfeld. Experts have found a link between depression and pancreatic cancer. Other symptoms of pancreas cancer may include jaundice, a change in stool color — often gray — a darkening of the urine. Itching over the whole body may also occur.

Expect your doctor to do a careful physical exam and take a history. The doctor should order tests such as an ultrasound, a CT scan or both, as well as other laboratory tests.

Fatigue is another vague symptom that could point to cancer in men. But many other problems could cause fatigue as well. Like fever, fatigue can set in after the cancer has grown. But according to the American Cancer Society, it may also happen early in cancers such as leukemia, colon cancer, or stomach cancer.

If you often feel extremely tired and you don’t get better with rest, check with your doctor. The doctor should evaluate the fatigue along with any other symptoms in order to determine its cause and the proper treatment.

Coughs are expected, of course, with colds, the flu, and allergies. They are also sometimes a side effect of a medication. But a very prolonged cough — defined as lasting more than three or four weeks — or a change in a cough should not be ignored, says Ranit Mishori, MD, assistant professor and director of the family medicine clerkship at Georgetown University School of Medicine in Washington, D.C. Those cough patterns warrant a visit to the doctor. They could be a symptom of cancer, or they could indicate some other problem such as chronic bronchitis or acid reflux.

Your doctor should take a careful history, examine your throat, listen to your lungs, determine their function with a spirometry test, and, if you are a smoker, order X-rays. Once the reason for the coughing is identified, the doctor will work with you to determine a treatment plan.

Some men may report trouble swallowing but then ignore it, Lichtenfeld says. “Over time, they change their diet to a more liquid diet. They start to drink more soup.” But swallowing difficulties, he says, may be a sign of a GI cancer, such as cancer of the esophagus.

Let your doctor know if you are having trouble swallowing. Your doctor should take a careful history and possibly order a chest X-ray and a barium swallow. The doctor may also send you to a specialist for an upper GI endoscopy to examine your esophagus and upper GI tract.

You should be alert to not only changes in moles — a well-known sign of potential skin cancer — but also changes in skin pigmentation, says Mary Daly, MD. Daly is an oncologist and head of the department of clinical genetics at the Fox Chase Cancer Center in Philadelphia.

Daly also says that suddenly developing bleeding on your skin or excessive scaling are reasons to check with your doctor. It’s difficult to say how long is too long to observe skin changes, but most experts say not to wait longer than several weeks.

To find out what’s causing the skin changes, your doctor should take a careful history and perform a careful physical exam. The doctor may also order a biopsy to rule out cancer.

“Anytime you see blood coming from a body part where you’ve never seen it before, see a doctor,” Lichtenfeld says. “If you start coughing up blood, spitting up blood, have blood in the bowel or in the urine, it’s time for a doctor visit.”

Mishori says it’s a mistake to assume blood in the stool is simply from a hemorrhoid. “It could be colon cancer,” he says.

Your doctor should ask you questions about your symptoms. The doctor may also order tests such as a colonoscopy. This is an examination of the colon using a long flexible tube with a camera on one end. The purpose of a colonoscopy is to identify any signs of cancer or precancer or identify any other causes of the bleeding.

If you smoke or chew tobacco, you need to be especially alert for any white patches inside your mouth or white spots on your tongue. Those changes may indicate leukoplakia, a pre-cancerous area that can occur with ongoing irritation. This condition can progress to oral cancer.

You should report the changes to your doctor or dentist. The dentist or doctor should take a careful history, examine the changes, and then decide what other tests might be needed.

“Every man will develop these problems as he gets older,” Yu says. “But once you notice these symptoms, you should seek medical attention.” That’s especially true if the symptoms get worse.

Your doctor should do a digital rectal exam, which will tell him whether the prostate gland is enlarged or has nodules on it. The prostate gland often enlarges as a man ages. It’s most often caused by a noncancerous condition called benign prostatic hyperplasia or BPH.

Your doctor may discuss doing a blood test to check the level of prostate-specific antigen or PSA. PSA is a protein produced by the prostate gland, and the test is used to help determine the possibility of prostate cancer.

If the doctor notices abnormalities in the prostate or if the PSA is higher than it should be, your doctor may refer you to a urologist and perhaps order a biopsy. Prostate cancer may be present even with a normal PSA level.

Many men, especially as they get older, think “heart attack” when they get bad indigestion. But persistent indigestion may point to cancer of the esophagus, throat, or stomach. Persistent or worsening indigestion should be reported to your doctor.

Your doctor should take a careful history and ask questions about the indigestion episodes. Based on the history and your answers to the questions, the doctor will decide what tests are needed. 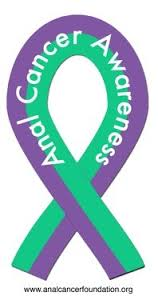